I met Dave Adox just a few days before he was planning to die.

At 44 years old, he was facing the end of his two-year battle with ALS, also known as Lou Gehrig’s disease. He needed a ventilator to breathe and couldn’t move any part of his body, except his eyes. Once he started to struggle with his eyes — his only way to communicate — Adox decided it was time to die. He wanted to donate his organs, to give other people a chance for a longer life. To do this, he’d need to be in a hospital when he went off the ventilator. And that’s when things got complicated.

You can hear the story on NPR.

The story was re-published by several other outlets including Kaiser Health News, The Seattle Times, The Chicago Tribune and the Bioethics Research Library at Georgetown University.

A two-part version of the story originally aired on WXXI News and Side Effects Public Media. 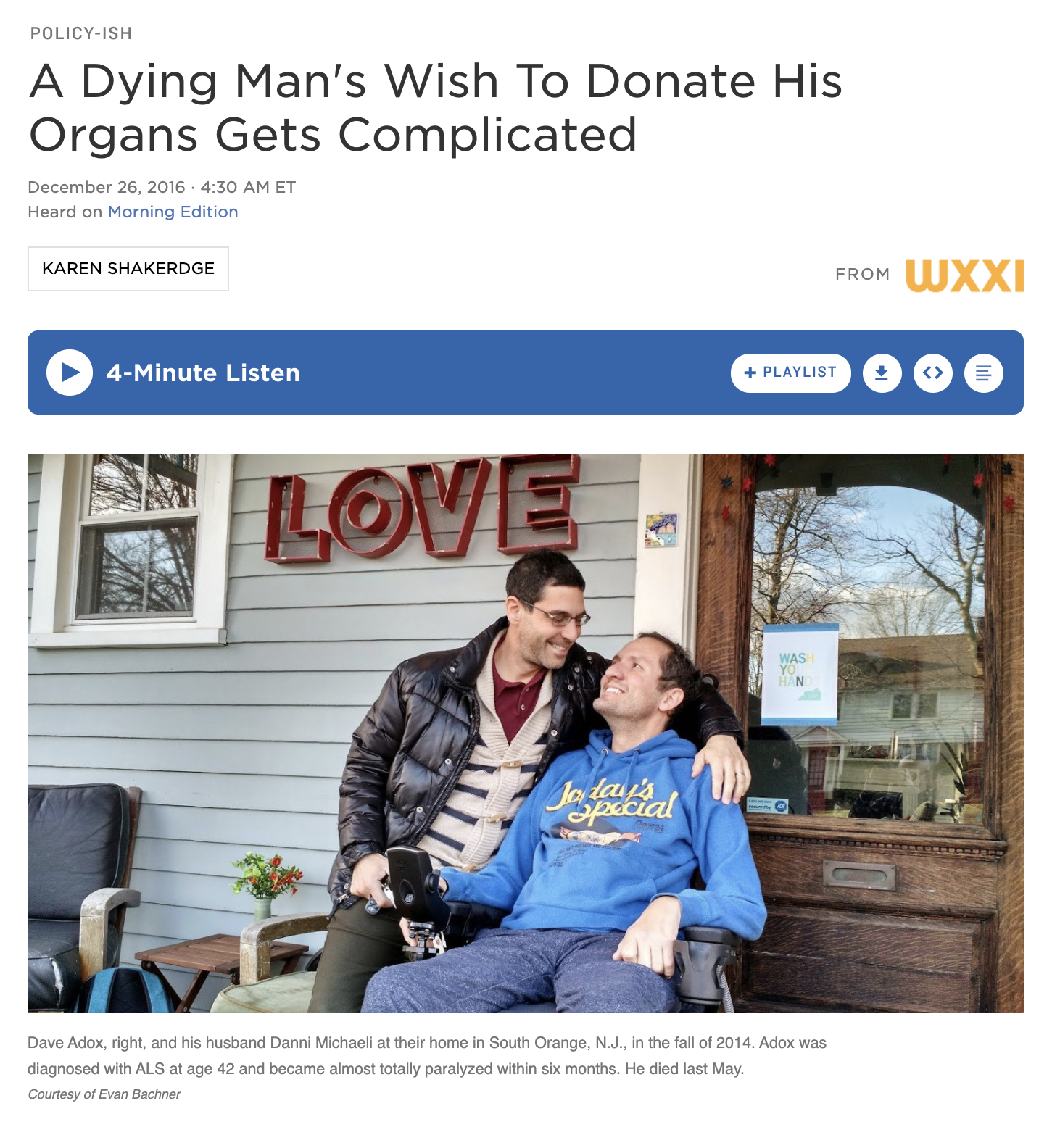